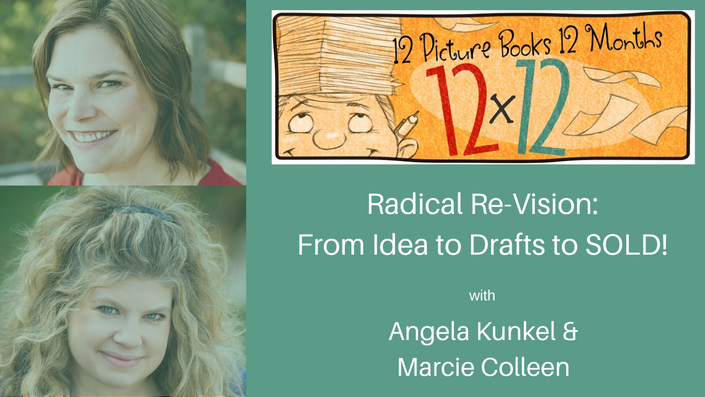 From Ideas to Drafts to SOLD!

Revise YOUR view of revision with Angela Kunkel & Marcie Colleen!

In this 2-hour video, Marcie and Angela each share a manuscript in various stages of revision. Marcie tells the tale of PENGUINAUT from original idea through when it was purchased, while Angela shows the revisions of PENGUIN JOURNEY that resulted in the book being sold. Plus, Julie Hedlund reveals a brief glimpse of her own revision process for here latest picture book OVER, BEAR! UNDER, WHERE? All three authors share feedback they received from agent and editors that made them rethink their revisions and brought their books to life!

"This is one of the BEST webinars I've ever attended.Thank you all." 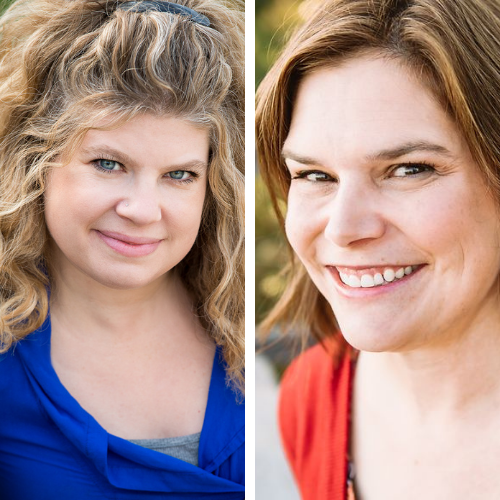 Angela Kunkel & Marcie Colleen
Angela Burke Kunkel is a picture book author, school librarian, and former English Language Arts teacher. After soaking up the sun in the Southwest for a number of years, she now lives in Vermont with her family, two dogs, one guinea pig, and one rapidly-growing bearded dragon (really, it’s rather alarming). Her debut, DIGGING FOR WORDS: JOSÉ ALBERTO GUTIÉRREZ AND THE LIBRARY HE BUILT, received starred reviews from Kirkus and School Library Journal and has been recognized on multiple book lists. Her second book, PENGUIN JOURNEY, received a starred review from Kirkus. In previous chapters Marcie Colleen has been a teacher, an actress, and a nanny, but now she spends her days writing children’s books! She is the award-winning author of THE SUPER HAPPY PARTY BEARS chapter book series with Macmillan/Imprint, as well as picture books, LOVE, TRIANGLE, illustrated by Bob Shea (Balzer+Bray/HarperCollins), PENGUINAUT!, illustrated by Emma Yarlett (Orchard Books/Scholastic), and THE BEAR'S GARDEN, illustrated by Alison Oliver (Macmillan/Imprint). Her next book, SURVIVOR TREE, illustrated by Caldecott Honor Winner Aaron Becker will be published by Little, Brown in August 2021 and celebrates the real life story of a pear tree who survived the September 11th attacks. She lives with her husband and their mischievous sock monkey in San Diego, California.

"Thank you for this deep dive into revisions and for sharing your stories. It was so, so helpful!"

"Marcie, Angela, and Julie—thanks for sharing the good, bad (well, not THAT bad) and in-between. For those of us who think about giving up, it’s a huge inspiration to keep going."