Sometimes, it's easy to look from afar at masters of the craft and think they just fell from the sky full of talent and ready for success. But guess what? They all had to start somewhere too. They STILL get rejections, and they suffer the same kind of self-doubt we all do, and yet they keep creating. How do they do that?

In this three-course bundle, you will get access to the minds and hearts of masters in the craft of writing and illustrating picture books. You get a glimpse into their processes, learn what drives their work, and most importantly, how to apply their wisdom to your own work.

These courses are educational and inspiring, and they are also balm for the soul.

In this intimate interview with Mac Barnett, we hear directly from one of the greatest innovators of the picture book form. Mac delves deep into the following topics about the art and craft of writing picture books:

It's a rare treat to learn from a Yolen, much less two of them! In this webinar, Heidi (Yolen) Stemple joins her literary legend mother, Jane Yolen to discuss:

Get an inside look into bestselling author/illustrator duo Eric and Terry Fan's process for creating their stunning picture books. Find out how they got their start and the obstacles they overcame in pursuit of their careers as illustrators. In this webinar, you will learn:

All three courses contain video presentations on the topic, Q & A, transcripts, and audio-only versions. 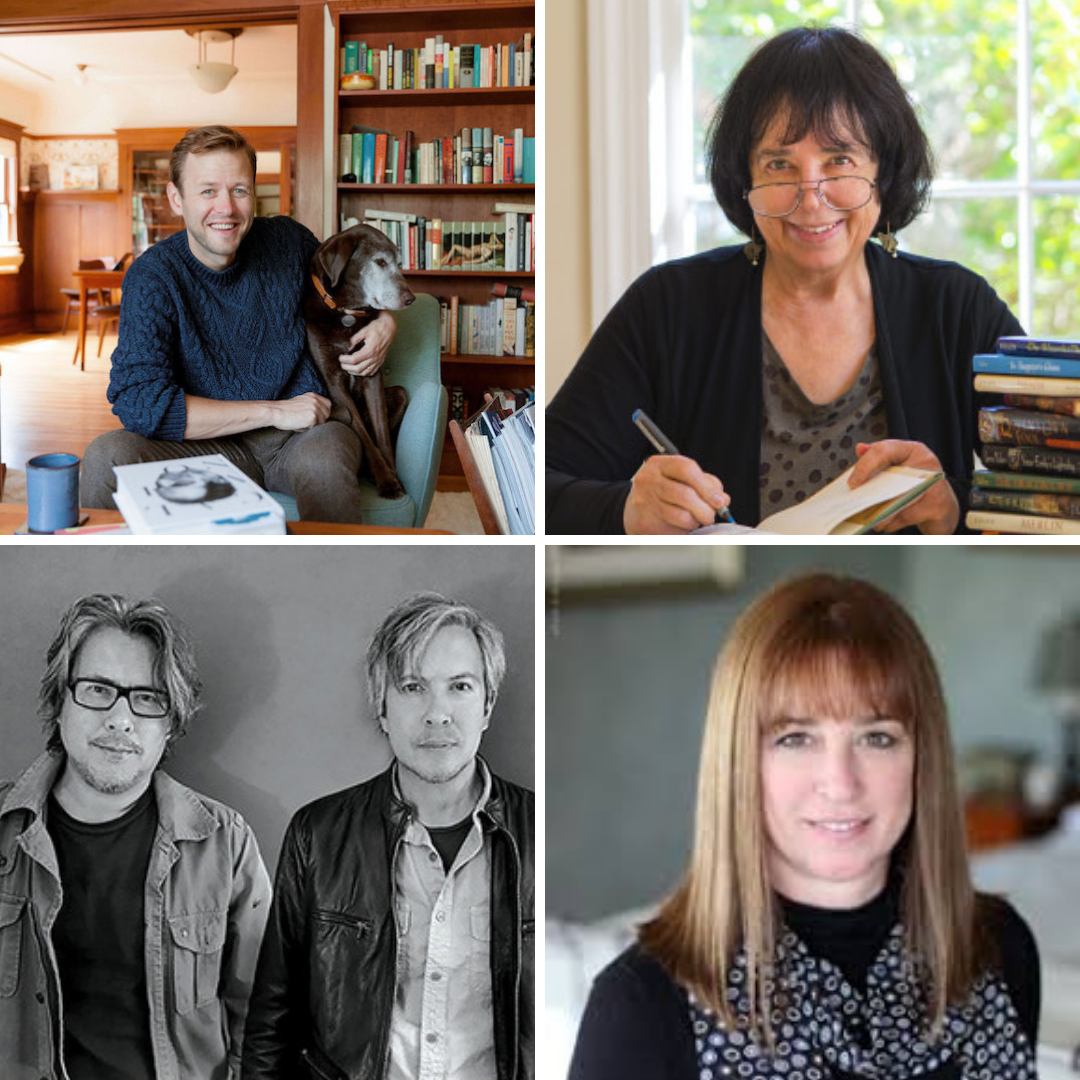 Mac Barnett is a New York Times-bestselling author of stories for children. His books have been translated into more than 30 languages and sold more than 2 million copies worldwide. Mac’s picture books include two Caldecott-Honor-winning collaborations with Jon Klassen: Sam & Dave Dig a Hole, which also won the E.B White Read-Aloud Award, and Extra Yarn, which won both the Boston Globe-Horn Book Award and the E.B. White Read-Aloud Award. Leo: A Ghost Story, illustrated by Christian Robinson, Just Because, illustrated by Isabelle Arsenault, and The Skunk, illustrated by Patrick McDonnell, were all named Best Illustrated Books by The New York Times. Mac's novels include the Mac B., Kid Spy books, the Brixton Brothers mysteries and the Terrible Two series. He lives in Oakland, California.

Jane Yolen is an author of children’s books, fantasy, and science fiction, including Owl Moon, The Devil’s Arithmetic, and How Do Dinosaurs Say Goodnight? She is also a poet, a teacher of writing and literature, and a reviewer of children’s literature. She has been called the Hans Christian Andersen of America and the Aesop of the twentieth century. Jane Yolen’s books and stories have won the Caldecott Medal, two Nebula Awards, two Christopher Medals, the World Fantasy Award, three Mythopoeic Fantasy Awards, the Golden Kite Award, the Jewish Book Award, the World Fantasy Association’s Lifetime Achievement Award, and the Association of Jewish Libraries Award among many others. Jane lives in a Victorian farmhouse in Western Massachusetts where she holds yearly writers retreats along with her daughter Heidi, the little girl in Owl Moon. She also has a house in Scotland where she can be seen strolling through the neighborhood of St. Andrews four months of the year. In 2018, Jane published her 365th book, which means you can now read a Jane Yolen book every day of the year. Follow along here.

Heidi E.Y. Stemple didn’t want to be a writer when she grew up. In fact, after she graduated from college, she became a probation officer in Florida. It wasn’t until she was 28 years old that she gave in and joined the family business, publishing her first short story in a book called Famous Writers and Their Kids Write Spooky Stories. The famous writer was her mom, author Jane Yolen. Since then, she has published more than twenty-five books and numerous short stories and poems, mostly for children. Heidi lives and writes on a big old farm in Massachusetts that she shares with one very small cat who lives inside, and a dozen deer, a family of bears, three coyotes, two bobcats, a gray fox, tons of birds, and some very fat groundhogs who live outside.

The Fan Brothers, Eric and Terry, received their formal art training at the Ontario College of Art and Design in Toronto. Their work is a blend of traditional and contemporary techniques, using ink or graphite mixed with digital. The Night Gardener was their first widely acclaimed debut picture book. They have followed up with award-winning books such as The Darkest Dark, The Antlered Ship, Ocean Meets Sky (recently optioned for a film), and The Scarecrow. The Fan Brothers are Eric and Terry, a creative team that made a writing debut with their illustrated children’s book The Night Gardener. Eric Fan was born in Hawaii and raised in Toronto where he continues to live. Eric has a passion for vintage bikes, clockwork contraptions, and impossible dreams. See more of his work at Society6 , Redbubble, Caseable, DenyDesigns, and on Facebook (Eric Fan Illustration). Terry Fan was born in Illinois and now lives in Toronto. Eric and Terry have collaborated as illustrators of other people’s work and have worked independently as illustrators. Terry spends his days (and nights) creating magical paintings, portraits, and prints. Visit him online at Society6,Caseable, DenyDesigns, and Facebook (Terry Fan Illustration). 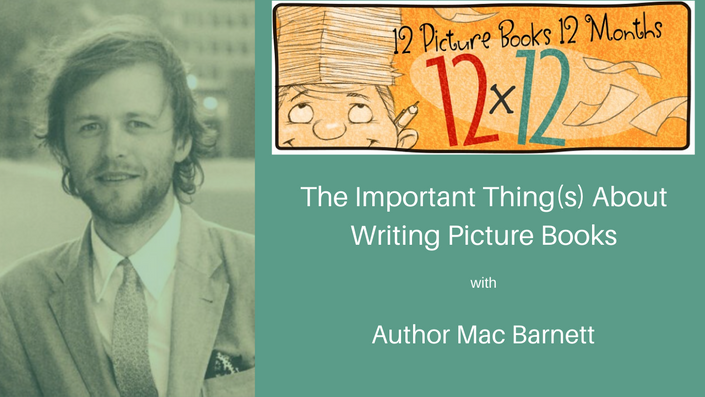 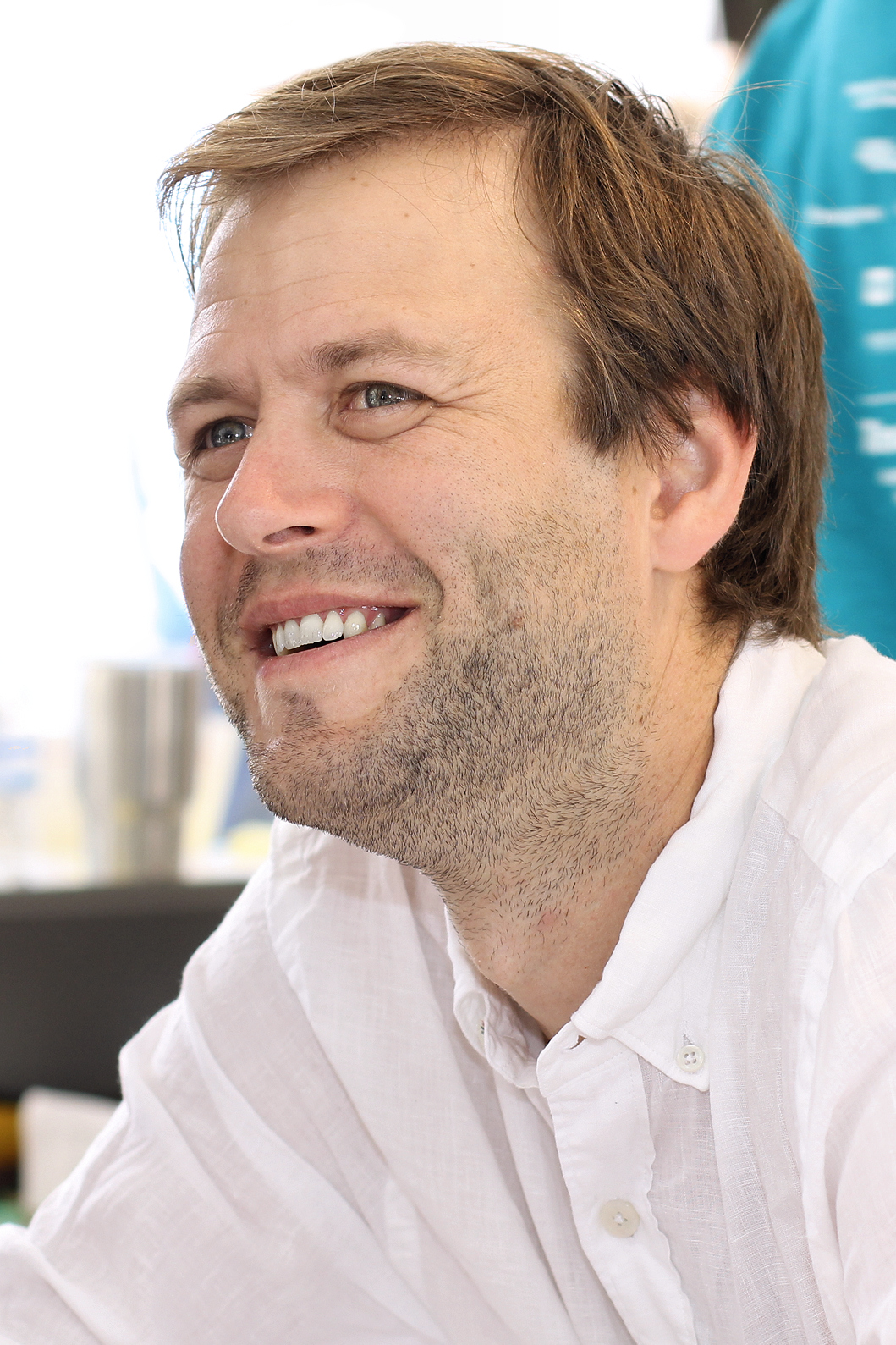 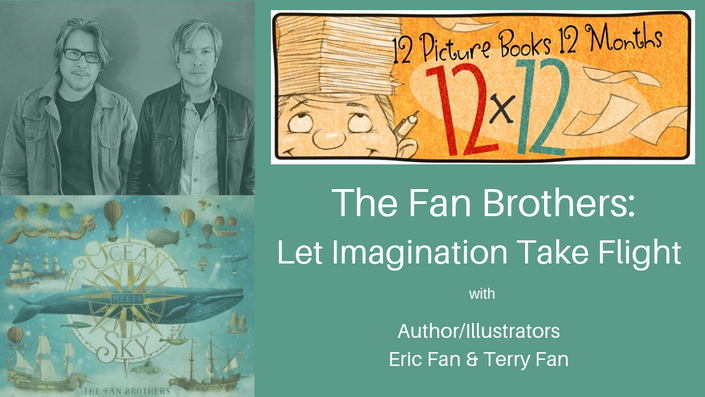 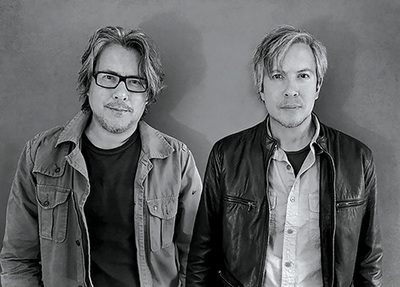 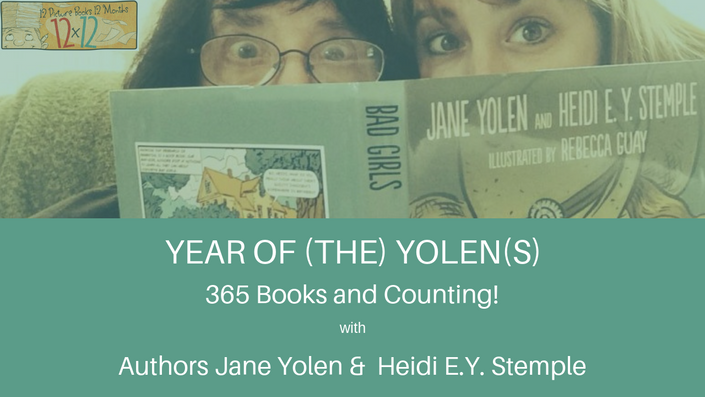 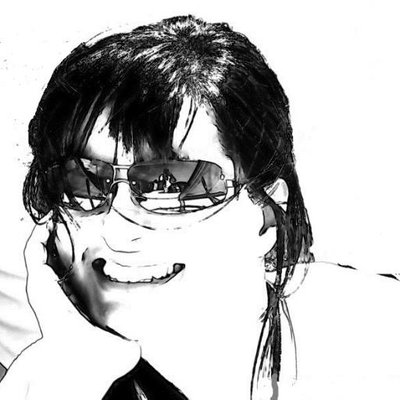 "Huge Thank You to Mac Barnett for the latest 12 x 12 webinar on the important things about writing a picture book. It was chocked full of great insights and information." 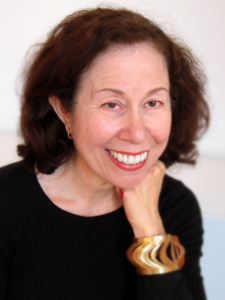 "Fabulous webinar...engaging, entertaining, and oh so educational!" (Year of the Yolens) 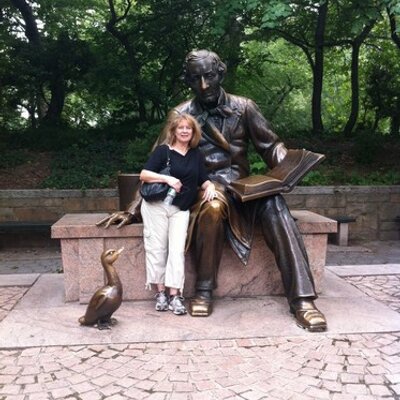 "Thank you for a fascinating presentation... (S)eeing -- the pictures as layers was very revealing and helpful." (Fan Brothers)

Long story short, if you need an injection of inspiration and joy into your writing and/or illustrating process, look no further than Picture Book Luminaries.