Differences Between Illustrating Fiction and Nonfiction

In this course, you will learn: 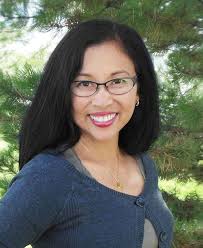 Dow Phumiruk* is a pediatrician who has found her passion in creating children's books. Though creative throughout childhood, she put this artistic part of her aside as she pursued a career in medicine. Years later, when she chose to take time off to be a stay-at-home mother (2003), she rediscovered her love of all things creative, finding much joy especially in children's book illustration. She experimented with different mediums and styles on her own for a while. Finally realizing she couldn't do it all alone, she took the plunge into SCBWI in 2011 - and hasn't looked back!

Now she primarily works digitally (mostly because she really, really, really needs to erase sometimes) and is represented by East West Literary Agency. Her favorite subjects are children (especially girls) and animals. She has written and/or illustrated several books. Clients include

She lives in Lone Tree, Colorado with her husband of over 2.5 decades, three artistic daughters, two guinea pigs, one tiny frog, and an old bearded dragon named Sparkles. Dow also enjoys fast and furious sewing projects and limited (she's not that athletic) hiking.

Course contents
Available in days
days after you enroll